The Berardi’s family has been serving up delicious homemade food to the Sandusky, Ohio and surrounding area for over 75 years and counting! Made famous for our french fries at Cedar Point, we’re also a favorite to locals and tourists for our hearty and homemade breakfast, lunch, dinner & made-from-scratch soups and famous desserts. 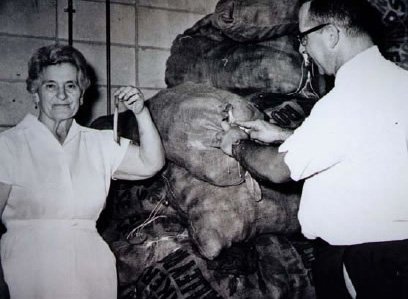 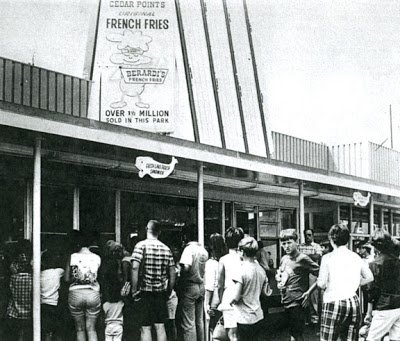 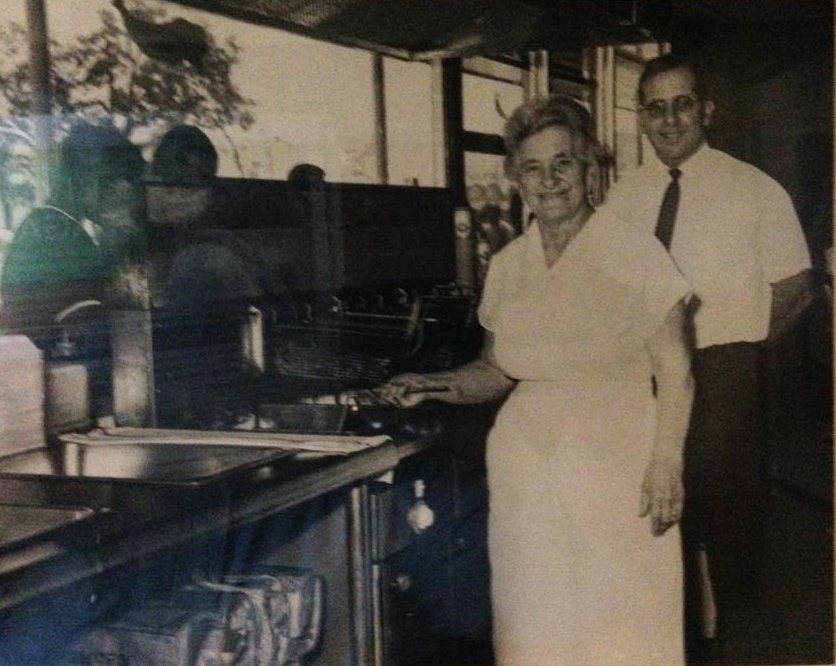 Where It All Began

It all started with a little green wagon and a paring knife, thus Berardi’s French Fries began and have continued for over 75 years, starting in 1939. Al Berardi worked in the Penny Arcade, selling ski-ball tickets working 60 plus hours a week making $11.00 per week. In 1942, Al Berardi along with a partner built the first French Fry stand. After a few years, Al’s partner left to pursue other interests. So along with Al’s mother, Eurosia, (known by all as Momma Berardi) the Berardi’s continued to sell their hand-washed, hand-cut French fries along with owning and operating many of Cedar Points first rides such as the flying scooter, the pretzel dark ride (now known as the monster), the tilt-a-whirl & others. In addition, Secondo Berardi also helped open the Spaghetti Hut at Cedar Point in 1947 selling Spaghetti dinners for .75 cents!

By the 1970’s and 2 French Fry stands later, the Berardi’s were selling as many as 2 tons of potatoes in a single day. That’s a lot of potatoes! In 1978, after almost 40 years of great success and much hard work, the Berardi Family and the original Berardi French Fries left Cedar Point.

The Berardi family opened several restaurants. Berardi’s Wagon Wheel specialized in fresh Roast Beef sandwiches, French Fries, and Roseanne Berardi’s famous homemade pies. It was run by the family for many years and eventually was sold. The BZB (for Busy Berardi’s) restaurant, began down the street a few blocks in 1962. It was sold a couple of times under land contract and taken back over by Berardi’s and re-opened in 1977. Berardi’s Family Restaurant in Huron was opened in 1979. It is now owned by Al Berardi, the youngest son of Roseanne and Al. In 1989, Tom Leber and Maria Berardi purchased the former Stadium Diner, where we still operate today.

Al Berardi dies of cancer in November of 1984, his wife Rosanne died of cancer in 1992. They are greatly missed by their family, friends and customers. They left a great name that our family takes great pride in. Al and Rosanne’s love for people, their dedication and promise of quality have and always will be the reason why Berardi’s Restaurants have been so successful. Today we are proud to say we are in our 4th generation as our son Dan Leber, along with Maria, Tom and all of our GREAT employees (many have been here 20, 30 and even 40 years!) continue to bring you what you expect from the Berardi family.

So from Tom, Maria and the rest of the Berardi’s, we wish to THANK ALL OF YOU, our loyal customers, for being an important part of our success and we hope to please and serve you for many years to come!

Voted Best Place to Get a Homemade Meal

What People are Saying

“This place was phenomenal!”

“We went on a Thursday during lunch. They were crowded but service was still awesome. All the food was great! Don’t leave without trying the fries!!!”

“The fresh perch dinner was worth driving 400 miles for. Loved the honey maple salad dressing and the fresh strawberry pie.

“Best place in Sandusky to eat!”

” Feels like home from out of town. Delicious meals, sweet staff! It’s like my own mom is cooking for me. Try the pie! But order it as soon as you get there because it’s likely to run out before it’s time for dessert!”

“We had such a great time at Berardis!”

“We were especially pleased with our server who knew the menu well and she was so friendly. It seemed like she was serving us out of her own home. The restaurant is clean and has a great family or couples vibe. We will be back!“

MAJOR US HOLIDAY
We are closed